Detailed information on the birth of Joan Ford Anderson and James Yuill, their marriage and subsequent deaths, was kindly supplied by Tracey Dunne (email received 22.44 19 November 2010). 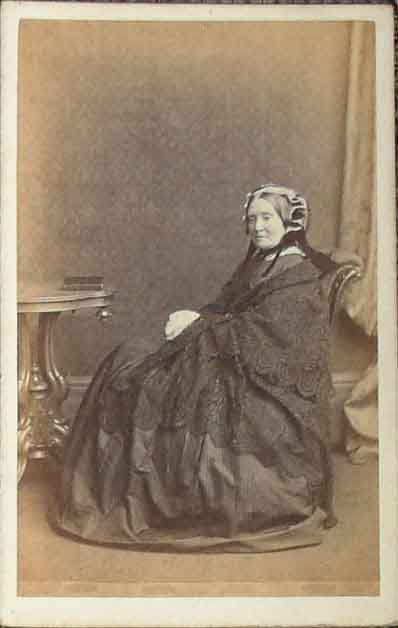 The right-hand picture was kindly supplied by Tracey Dunne (email sent 15 November 2010 18:35 received 15 November 2010 18:36), along with information and dates of the photographers' business which fixes the earliest date of this picture at 1890. The picture has the name of Joan's niece, Mrs William Duff Gibbon, née Katherine Murray, daughter of Andrew Murray and Mary Ford Anderson, on its reverse.