They had the following children [picture]: 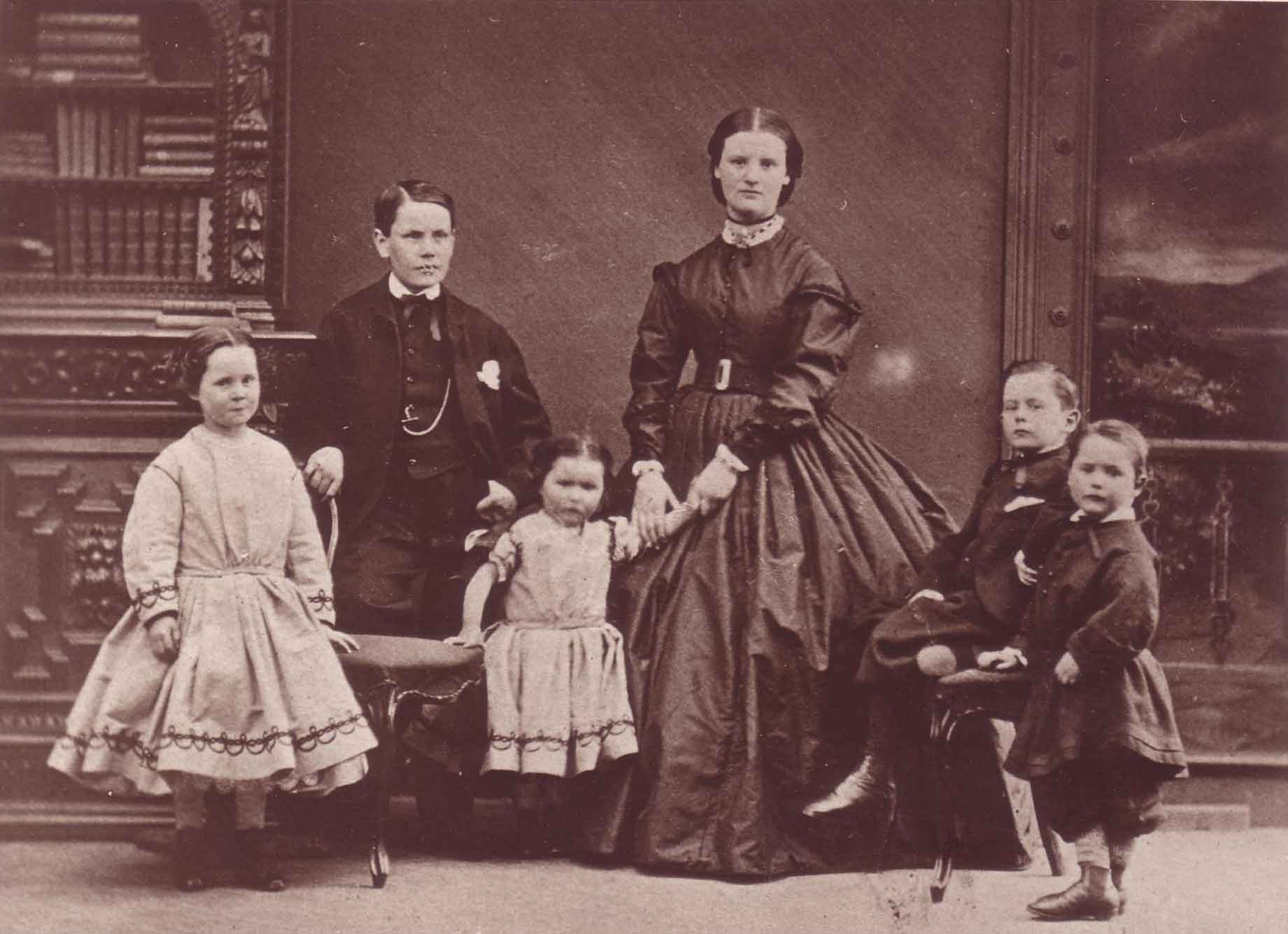 As I was told by my mother, EGI Beckett "it's the Beckett family, from left, Unknown, William, Brenner, Charles"
However, I believe, by looking at the birth dates and the picture, as well as a letter I found, it's:
Jane Brenner, William, Mary, Jane (19 or 20 at the time, so the picture was taken 1865 - 6), James or Oliphant, Charles